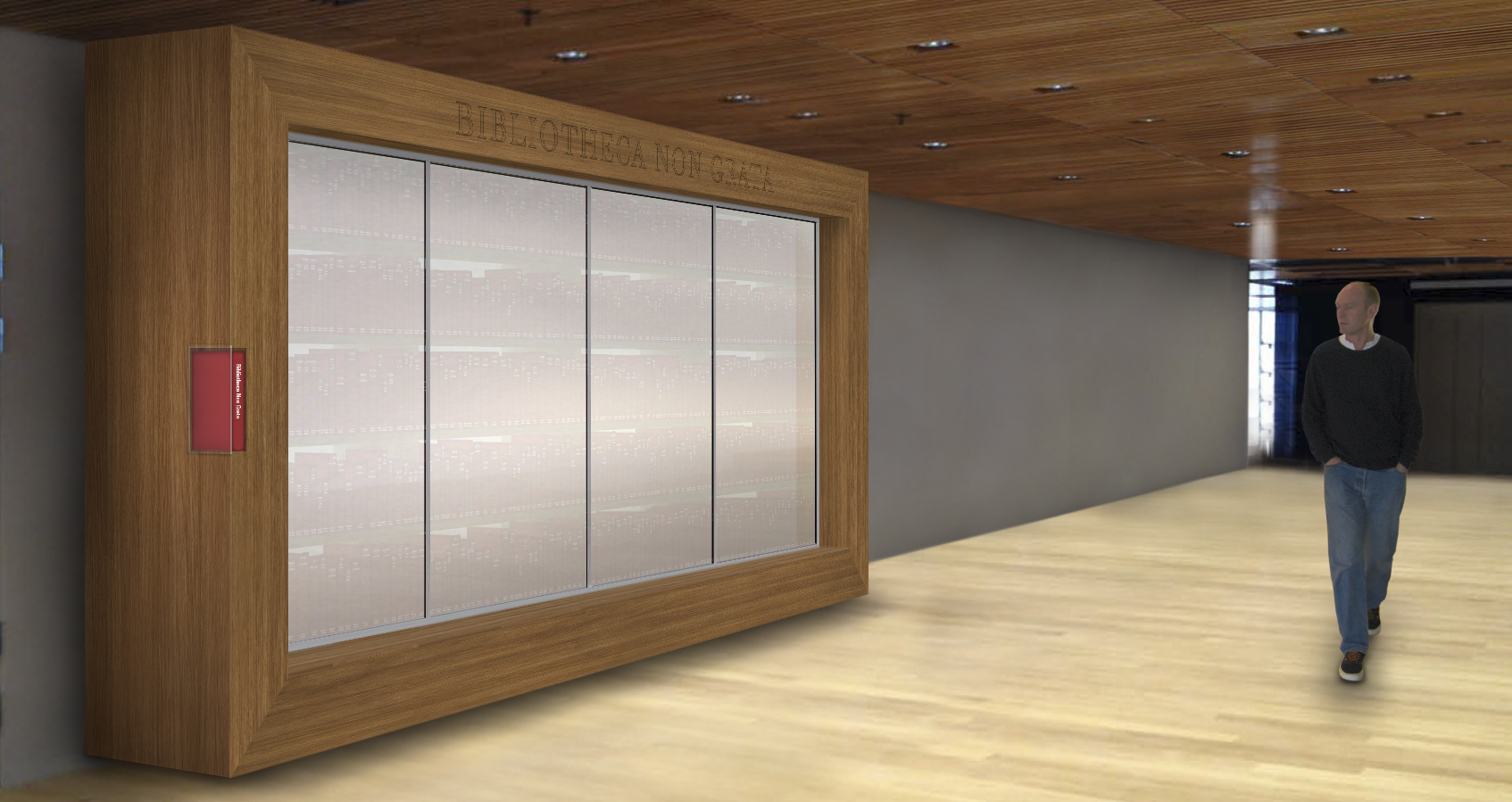 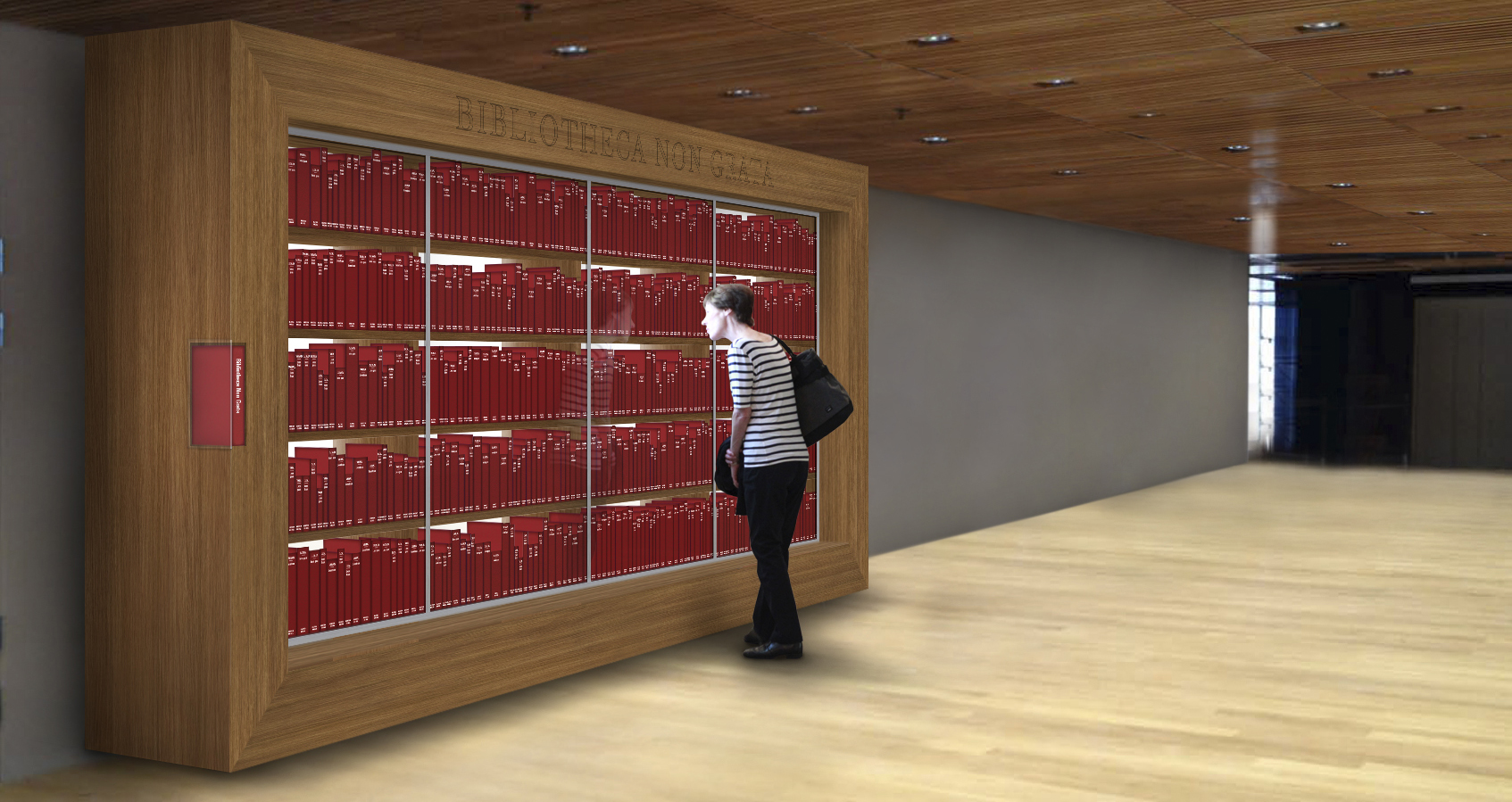 “Every library both embraces and rejects. Every library is by definition the result of choice, and every choice excludes another, the choice not made. The act of reading parallels endlessly the act of censorship”
–Alberto Manguel

Background of the Project

The library as an institution has played a crucial role in defining what is to be considered as knowledge, culture and identity in our society. The precondition for a literary work to be included in a public library is, however, that it has been published*. Consequently, countless works have been rejected since the creation of the first public collection of books.

Most rejections of manuscripts are justified by the judgement that the literary quality or intellectual level is not sufficiently high. But history also shows examples of works that were not accepted as they were regarded as being too uncommercial for the literary market, too radical for the aesthetics and thinking of the time or too provocative for the established authorities and moral order.

In the art project Bibliotheca Non Grata, the perspective is shifted from the literature that has been published and included in public libraries and thus constitutes society's official self-image, to the literary works which for various reasons have been rejected throughout history and thus do not exist in the public eye. What kind of stories, experiences and ideas never found their way to readers and  public consciousness? And the other way around: How would history be different if some of the world’s most influential books never would have been published?

* Even though a writer today can self-publish and print a book or make it available online, it is still, with a few exceptions, much harder for a book to reach a wider audience without the support of an established publisher.

Description of the Project

Bibliotheca Non Grata is a public art project by artist Måns Wrange and architect Igor Isaksson, commissioned by the city of Umeå in Sweden, in memory of journalist, activist and author, Stieg Larsson’s work for democracy and free speech as well as against discrimination and racism.

The work Bibliotheca Non Grata is placed in Umeå city library in the newly constructed and the Kasper Salin architecture prize awarded cultural centre Väven (”The Weave”) in Umeå, which was designed by the internationally acclaimed architect’s offices Snøhetta and White. (Photo: Tove Skotare).

When visitors to Umeå city library in Väven cultural centre approach the artwork Bibliotheca Non Grata that will be placed at the entrance to the library, hundreds of dark outlines of something hidden behind frosted glass can be glimpsed.

When visitors are about 1 metre away from Bibliotheca Non Grata, the glass section transitions from frosted to clear, so that what was previously hidden behind the glass now appears as hardbound books with titles of rejected works printed on the spines.

For a fleeting moment, the titles on the spines can be read until the glass turns frosted and the content of  Bibliotheca Non Grata becomes once again inaccessible. 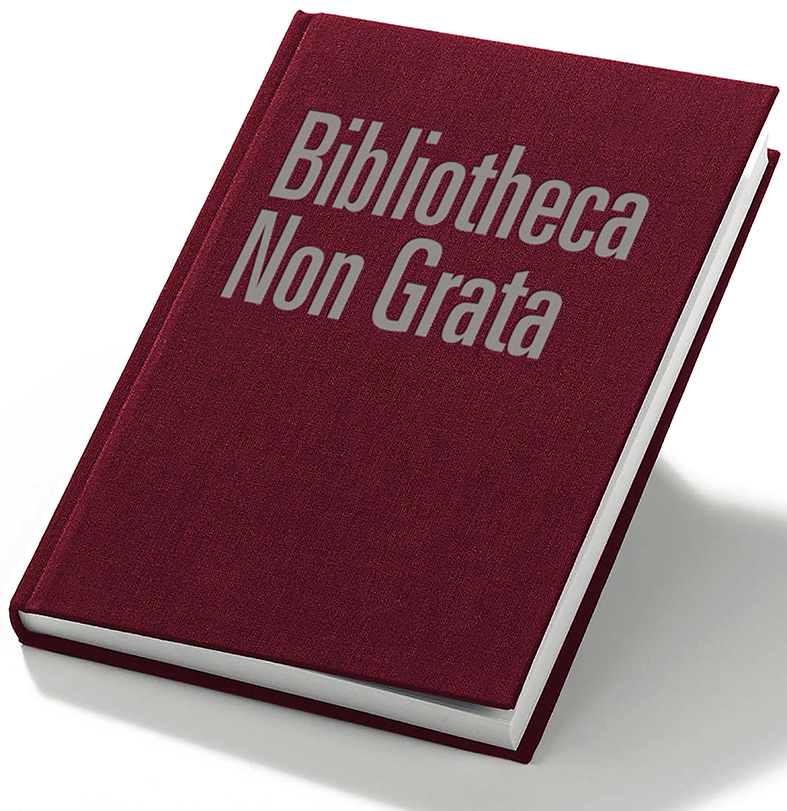 The titles of rejected book manuscripts will be catalogued in a hardbound catalogue, which will be available to borrow in the same way as Umeå library's other book stock available to the public. Bibliotheca Non Grata will also be included in Umeå city library's web-based catalogue and online on www.bibliothecanongrata.org.

Thank you! Your submission has been received!

Oops! Something went wrong while submitting the form

About Måns Wrange and Igor Isaksson

Måns Wrange is an artist, writer, and educator who is based in Stockholm Sweden. Since 2008 he is guest professor at DSV, Stockholm University. 2008-2014 Måns Wrange was rector/Vice-Chancellor of Kungl. Konsthögskolan (The Royal Institute of Art) in Stockholm, and before that he served 1995-2014 in different leading positions – as professor, head of the department, and program director – at the Department of Fine Art at Konstfack, University College of Art, Craft & Design in Stockholm.

Igor Isaksson is an architect and designer who is running the interdisciplinary office Mu in Stockholm which operates in the fields of exhibition design, graphic design, art and interactive media. As an architect, Igor Isaksson has been included in several exhibitions, for example at The Swedish Museum of Architecture (now ArkDes). As a graphic designer he has been recognized with several design awards, and as an exhibition designer/architect he has designed exhibitions for major national and international museums and institutions.

Måns Wrange and Igor Isaksson have collaborated since 1997. In 2001 they founded OMBUD — an interdisciplinary think tank and art office, which is organized as a network of people from the fields of social science, humanities, ICT/new media and the arts as a platform for their collaborative projects.

Thank you! Your message was sent successfully!

Oops! Something went wrong while submitting the form